Hong Kong has experienced many severe typhoons over the centuries and the author has chosen to dedicate a chapter to eight of the more impactful typhoons to have affected the territory over the last 140 years. The first chapter of the book focuses on the typhoon of 23rd September 1874, which was the first typhoon to be fully documented in the Hong Kong Government Gazette. The other major typhoons which each have their own dedicated chapter include the typhoons of 1906, 1923 and 1937, the "Bokhara" typhoon of 1892, as well as the more well-known typhoons Wanda, Ruby, Rose, and Ellen of the 1960s to 1980s. Details on some of the other significant and more recent typhoons to have made landfall in Hong Kong have also been included. Photographs, newspaper reports and meteorological observations tell the story of the widespread devastation and destruction unleashed on land and at sea.

The objective of the subsequent chapters of the book is to highlight some of the related challenges inflicted by Hong Kong's often uncompromising climate. Dramatic photographs of the historic rainstorms of 1889, 1926, 1966 and 1972 in the chapter on Rainfall, Floods and Landslides, are supplemented with historical rainfall statistics and other interesting data.

The following chapter on Water Rationing highlights the severe periods of drought which led to difficult times for the people of Hong Kong. With the exception of the occasional year of heavy rainfall, Hong Kong suffered from varying degrees of water supply restrictions for almost 100 years, from the 1880s until the early 1980s. Life at that time is probably unimaginable to those living in Hong Kong today who enjoy an uninterrupted supply of fresh water.

The territory's lack of any major natural water resources such as large lakes and rivers, its inadequate groundwater sources due to the hard granite bedrock found in most parts of the territory, as well as its unreliable rainfall patterns has meant that providing a sufficient and reliable supply of fresh water for the people of Hong Kong has always been challenging. The chapter on Water Supply and Reservoirs discusses how the city's expansion and ever-increasing population accelerated water source development in the latter half of the 19th century with the construction of reservoirs, and eventually led to the necessary import of water from the Dongjiang River in Guangdong to meet the city's demands for freshwater supply.

The last chapter focuses on the history of typhoon shelters in Hong Kong. In the 19th and early 20th centuries, many of the victims of typhoons were fishing folk and boat dwellers. At a time when the Government was focusing on the territory's trading activities, and with limited resources available, the challenge of implementing the preventive measures necessary to combat the onslaught of typhoons and natural disasters proved to be too daunting. The first typhoon shelter in Causeway Bay was completed in 1883 with Yau Ma Tei Typhoon Shelter following a long time afterwards in 1915. The typhoon shelter construction programme was only eventually stepped up in the 1960s, providing the much-needed protection to Hong Kong's boat dwellers, fishing community and small craft. 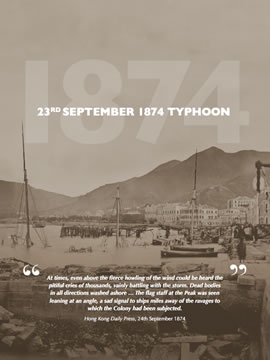 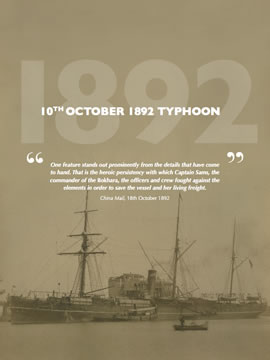 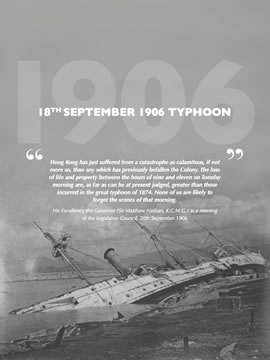 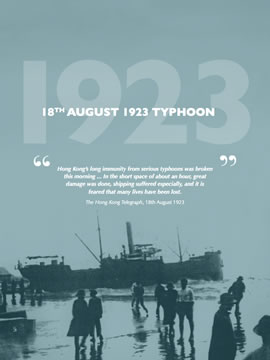 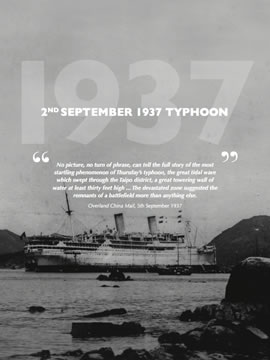 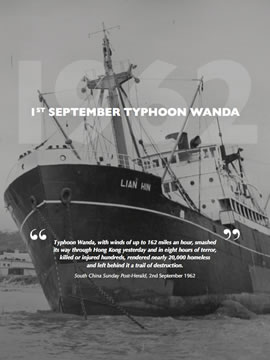 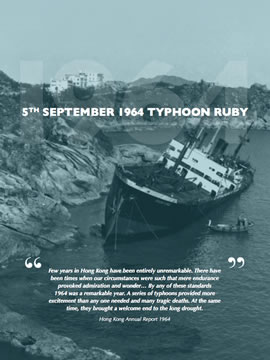 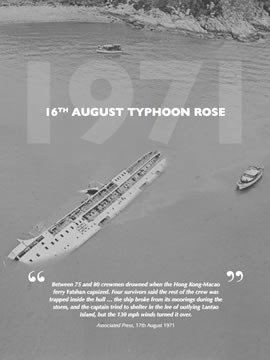 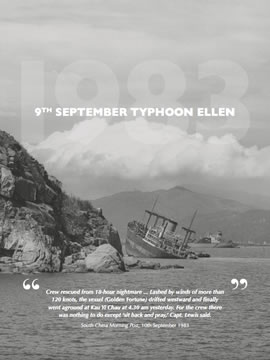 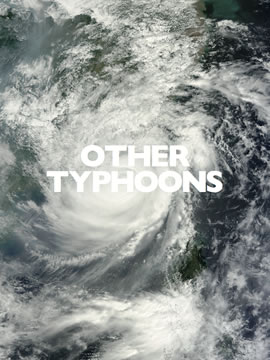 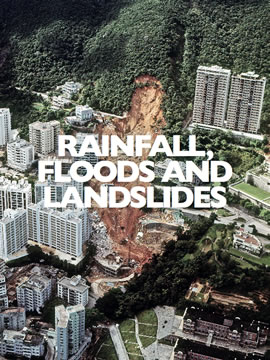 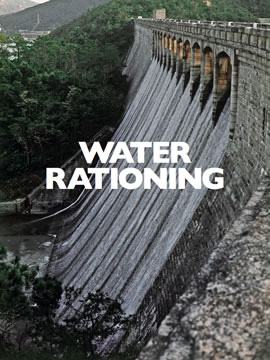 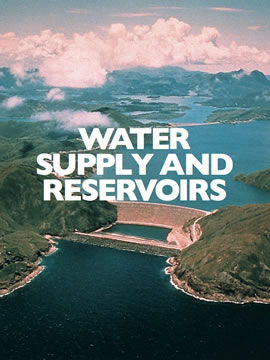 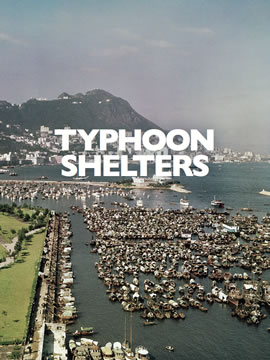